I was recently asked to create a short video tutorial for a browser-based tool that is used at work. For this particular project, I had to use Adobe Captivate so that the source files could be edited by other people in the future if necessary (for some recent video-based projects I’d used Screenflow which is not a company standard and is Mac only)

I decided against using the screen recording part of Captivate because the video editor is awful to work with. I opted instead to use the following process:

I used the Photo Album feature in PowerPoint to automate what would have otherwise been a long-winded and repetitive process – for each PNG I would have had to insert a new slide into the PowerPoint file and insert, position and possibly re-size the image so that it filled the slide.

To create a Photo Album, click the Insert tab on the Ribbon and select Photo Album > New Photo Album 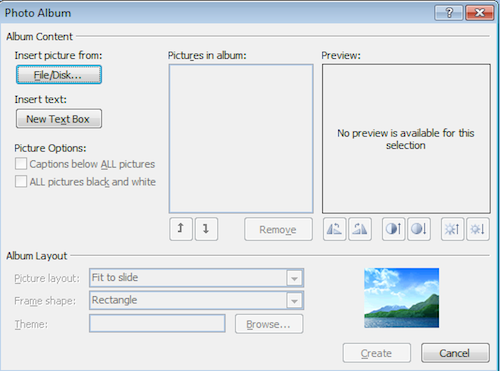 The result is a new PowerPoint file. The first slide is a title slide and can be deleted. Of the other slides, each slide contains a single image. 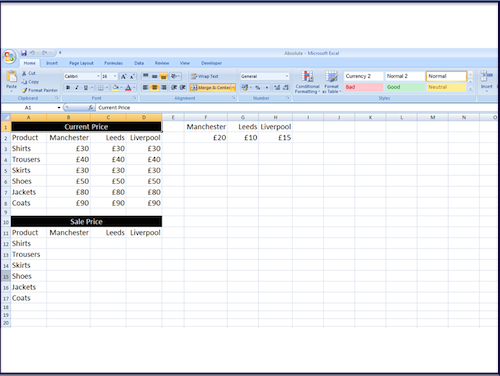 Interesting side-note: the default slide size in PowerPoint 2013 is 16:9

The other problem is that when a PowerPoint file that is sized to 4:3 is imported into a Captivate project that is set to 1280×720 (which it needs to be to be exported correctly for the company’s video hosting service), it will appear to be stretched and distorted.

To solve this issue (in 2007 and 2010), create a new Photo Album with a slide size of 16:9. Unfortunately this is easier said than done. When you create a Photo Album there is no way to set the slide size. However there is a workaround…

You should now have a PowerPoint file with the correct number of slides where each slide contains an image that fills the slide.

PowerPoint 2011 (the Mac version) doesn’t have the Photo Album feature but I could of course have done the whole thing much more easily in Keynote as follows:

Keynote creates the required number of blank slides and places each image onto one of the slides. I could then have saved the file as a PowerPoint file.

So why didn’t I do it this way? Because I was at work and didn’t have my Mac – there’s a lot to be said for working from home!