The Magical and Revolutionary iPad – Part 3

Saturday morning came and we left the house in plenty of time but a combination of heavy rain, road closures and a closed car park entrance meant that I had to dump the car and run to the Apple Store. Poor Elaine spent the next 45 minutes sitting in traffic and driving round parts of Manchester she never knew existed looking for an alternative entrance to the Arndale car park. 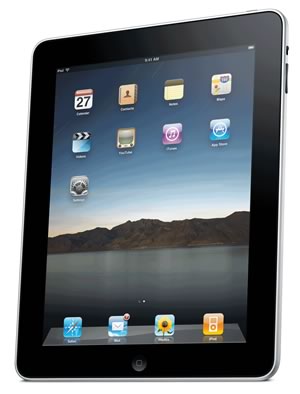 I explained the issue to the Genius, who verified that it was a fault. I then assumed that it would be a simple case of exchanging my faulty iPad for a new one (assuming that they had one in stock). How wrong I was! The Apple Online Store and the Apple bricks and mortar stores are different companies and because I had purchased my iPad online I would have to send it back for either a refund or exchange.

I wasn’t happy with this and told the Genius that I could understand if I’d bought it from PC World or Currys as these are obviously different companies but surely Apple is Apple is Apple. I had pre-ordered the most expensive WiFi-only iPad over 2 weeks before it was available because I was told that there was no guarantee they would have them in stock in the store on the first day of sale and although Apple didn’t put the transaction onto my credit card before the items had shipped, they had my credit card details and therefore could have done so. I had re-arranged my work schedule to fit in with their (changing) delivery schedule and now I would have to be without an iPad for, well however long it took for the exchange to be completed.

I was assured that a courier would pick up my iPad free-of-charge and provide me with a new one at the same time – but what if the replacement had the same problem – or worse. The reason that I wanted to do an in-store exchange was so that I could check the iPad and if I wasn’t happy with it I could “exchange the exchange”.

He understood what I was saying and said that he’d love to be able to help but the online store and the real stores have different barcoding systems so my transaction would not be recognised on their system and therefore he couldn’t initiate an exchange.

I packed my iPad away, walked out of the store and immediately walked back in. I had the bit between my teeth and asked to see a Manager. Claire, one of the Managers, came out to see me and I repeated everything that I’d told the Genius, but this time I also added that we have a business account at The Arndale Store, hoping this might sway her. Unfortunately she couldn’t (and I say couldn’t rather than wouldn’t) authorise an exchange – but “if there’s anything I can do to help…”

So back to the car to discuss the situation with Elaine. We found the Apple Customer Support telephone number (thank goodness for the MiFi) – maybe they could authorise an exchange – but it’s an 0845 number, which is free from landlines but not the iPhone. OK…here’s what we do…go back to the store, speak to Claire again, ask to use their phone to call Customer Support and if they still won’t exchange it then I’ll buy another iPad and return faulty one at my leisure.

Back at the store, Claire was on her lunch break so we spoke to Dean, the other Manager on duty. He couldn’t have been more helpful. He listened, understood, apologised and even called Customer Support for us. This had the advantage that when he handed the phone to me, the Customer Support Representative had already been briefed by an Apple employee, which speeded up the process. Whilst I was talking to Customer Support, Dean had reserved me a 64GB WiFi iPad.

Ten minutes later it was all sorted and we walked out of the store with a new iPad (plus 2 iPad stands and a wireless keyboard). I have a returns number, the courier will contact me within a couple of days to organise picking up the faulty iPad and the money will be refunded to my credit card.

We celebrated with a cup of tea – well Elaine did. I made myself dizzy by looking at every single pixel on my new iPad.

Uh Oh – what’s this? There was a mark. It was under the screen. Not a dead pixel but definitely a faulty screen. Back to the Apple Store to exchange the exchange! Again Dean was extremely helpful. He verified that there was a problem with the screen and yet again went into the back of the store and came out with another 64GB WiFi iPad. He also told me that I was the first person to bring back an iPad purchased at the Arndale Apple Store.

Another iPad, another cup of tea! Another 10 minutes staring at the iPad screen. This one’s perfect! So we finish our drinks go home to install some apps.

Three days later UPS came to pick up the faulty iPad and Apple refunded the money back to my credit card just before the bill was made up, saving me laying out extra money.