How to View Outlook Files on a Mac

In the corporate world, the most popular email/calendar/contacts system is Exchange Server. Every user has a Mailbox which is stored on the server. The Mailbox stores the user’s email, calendar and contacts and each Mailbox has a maximum size which is set by the Server Administrators.

Users access their Mailbox using a desktop client, the most popular of which is Microsoft Outlook.

Many companies implement an archiving system where mails are automatically moved out of the Mailbox and into an archive when they reach a certain age (for example 30 days old). However, without a system like this, when a user’s Mailbox becomes full, they have to delete mails in order to continue to receive and send. This presents a problem for those people who like to keep all emails (and for those who work in certain regulated industries where you are forced to keep all emails). 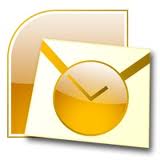 This is where PST files (also known as a Personal Folders) come in handy. A PST file is accessed via Outlook but is not part of a user’s Mailbox. It usually lives on a user’s local drive and can store email, calendar appointments and contacts. PST files give users extra storage so when they fill up their Mailbox, they create a PST from within Outlook, or open an existing PST file and drag and drop emails from their Mailbox to the PST.

For home users and users in companies that use Outlook but don’t have Exchange Server, PST files are the only option for storing mail, calendar and contacts.

So why does this concern Mac users? Well, lets look at it from a personal point of view…

When I first switched to a Mac, I had lots of PST’s on my Windows PC. I had implemented a system of creating one PST per month in order to ensure that the size of the PST’s remained reasonable. Although Microsoft allow a PST to be up to 2GB in size, it’s recommended that the size of a PST remains under 500MB to reduce the risk of corruption. At the start of each month I’d create a new PST file and that is where the mail would be stored.

In order to be able to read the old emails on my Mac, I used O2M, a Windows program from little machines.com to export my PST’s into a format that Apple Mail, iCal and Address Book can read. I reviewed this way back in MacBites episode 2. The files produced by O2M were imported into Apple Mail and the PST’s were then left on an archive drive, unlikely to be needed again.

Actually, that’s not quite true – due to the sheer number of PST’s, I only converted the most recent ones so I still have many PST’s that can only be opened by Outlook.

Where I work, I have a PST that contains personal emails that have been sent to my work email address and work-related emails that I’d like to keep – just stuff like thank you emails and nice feedback emails. I know that I could convert these to PDF’s but that’s one of those things you never quite get round to doing. If and when I ever leave my current employer, I’d like to be able to copy the PST onto a pen drive or into DropBox and open it at home on my Mac.

To be fair, I’m unlikely to want to refer to the emails in these PST’s on a regular basis, but I can tell you that there have been several times in the past few years when I have needed to do just that and it’s been a case of firing up a virtual machine, copying the PST file across to it and opening it up.

Although I have Office for Mac, I have the version that excludes Outlook and in any case, from the research that I have done on the subject, Outlook 2011 handles PST files poorly, either not able to import at all, or at best, importing “snippets” of content.

But what if you don’t have Windows (either on a physical PC or a virtual machine)? Read on…

PST Bridge is two applications in one – a converter and a viewer. 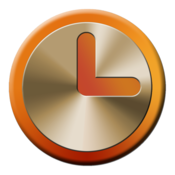 If you need to continue to use Outlook but want to be able to access your PST’s from your Mac, use the PST Bridge Viewer which reads the PST file directly, meaning that you don’t have to constantly import and export as the content of the PST changes. To view the contents of a PST, run PST Bridge, select File > Open and choose the PST file.

The interface is similar to Outlook. There is a Folders Panel on the left hand side which displays all the folders from the PST including Calendar, Contacts, Notes and Tasks as well as all the folders that contain emails. When you click on a folder, the contents are displayed in a list in the main part of the app. For email, there’s even a Preview Pane below the list. You can print an email and even reply to and forward emails from within PST Bridge. Simply click the appropriate button on the toolbar and it fires up Apple Mail.

PST Bridge can be downloaded from the Mac App Store. A totally-unlocked version is also available from the Developer’s site for £19.90 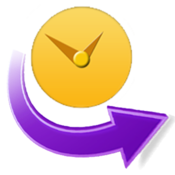 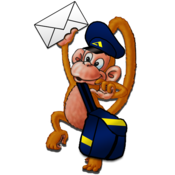 Mail Monkey converts the email in a PST file to the emlx format used by Apple Mail and other Mac mail clients, such as PostBox. The app, which costs £0.69 (introductory price) is available from the Mac App Store. 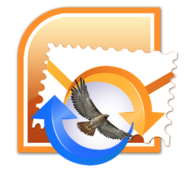 Stellar PST to MBOX Converter will convert PST files to Apple Mail MBOX file. With this tool at hand, migrating all your mails from a Windows system to a Mac machine becomes hassle free. The software converts the PST file and saves it as an MBOX file keeping the original file name intact. In addition, the tool also provides a detailed instructional guide about the steps to import the MBOX file to the Apple Mail account. The app, which costs $29.99, is available from the Mac App Store.