How to Close Apps on the iPad and iPhone

Earlier this week a colleague came to me with a problem with his iPhone. When he arrived at work that morning his battery was fully charged. By lunchtime it had dropped to 30%. He’d only made one call and has the data turned off. I asked him if he ever closes the apps and he just looked blankly at me so I explained.

The downside of multi-tasking is that it might be a drain on the battery. There’s no conclusive proof of this but if your battery level is dropping like a stone, it’s probably worth closing apps that are currently running. Unfortunately there’s no quick way to “close all”, at least not in iOS4 (who knows what iOS5 might bring) and turning the phone off completely doesn’t clear all apps from memory either. When the phone is switched back on, the apps that were running are still running.

To close an app, double tap on the Home button (that’s the big round one at the bottom) to reveal a panel of icons. These icons represent the apps that are currently running. The iPhone can only show 4 icons at a time. To display “hidden” icons, simply swipe your finger across any of the icons in a leftward direction. 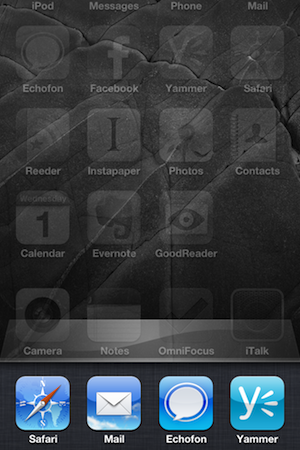 Press and hold on any of the icons and after a second or two all the icons will start to jiggle and each one will have a “close” symbol (red circle with white horizontal line) displayed at the top left hand corner. 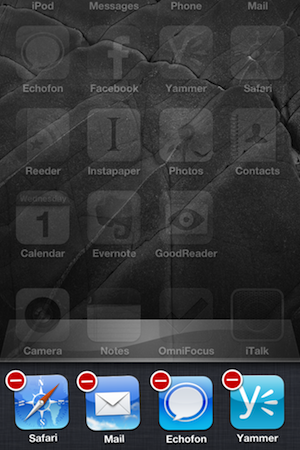 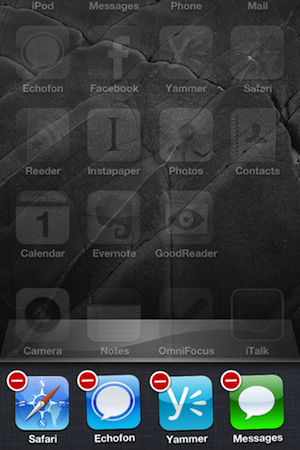 As for my colleague’s iPhone, at the end of the working day, his battery was still showing 30%.